Radiation therapy plays a crucial role in the management of breast cancer. However, current standards of care have yet to accommodate patient-specific radiation sensitivity. Raman spectroscopy is promising for applications in radiobiological studies and as a technique for personalized radiation oncology, since it can detect spectral changes in irradiated tissues.

Spectral alterations related to cell cycle variations with radiation dose were identified for tumors treated using a range of single-fraction ionizing radiation doses. Additional dose-dependent spectral changes linked to specific proteins, nucleic acids and lipids were also identified in irradiated tumors with a clear temporal evolution of the expression of these signatures.

They concluded distinct shifts in Raman spectra after in vivo irradiation of human breast adenocarcinoma xenografts, emphasizing the significance of Raman spectroscopy for assessing tumor response during radiation therapy. 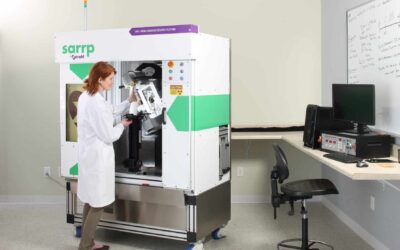