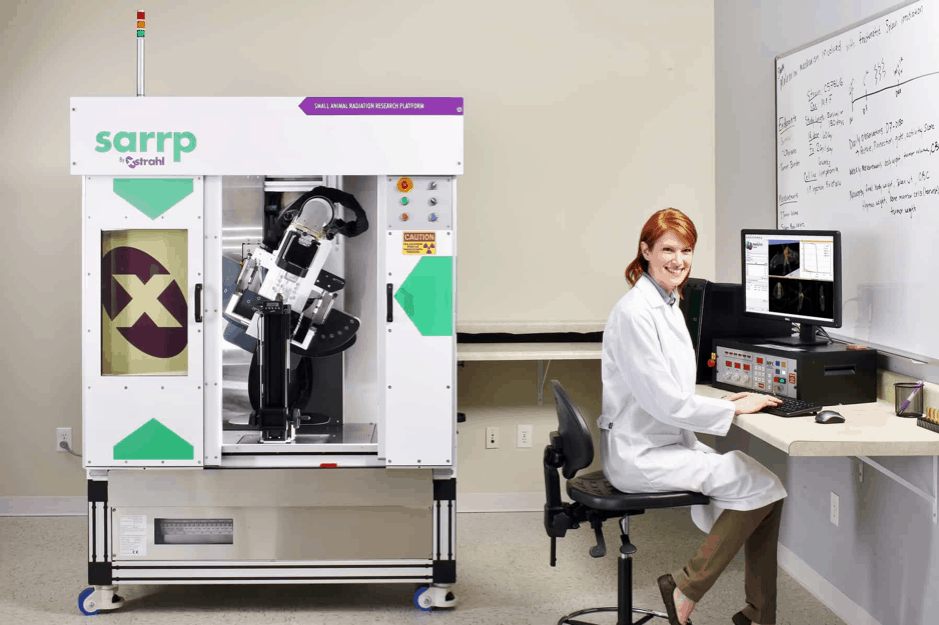 In their paper “Preclinical Evaluation of Dose-Volume Effects and Lung Toxicity Occurring In and Out-of-Field” Ghita M1, Dunne VL, McMahon SJ, Osman SO, Small DM, et al, aim to define the dose and dose-volume relationship of radiation-induced pulmonary toxicities occurring in and out-of-field in mouse models of early inflammatory and late fibrotic response.

Early radiation-induced inflammation and fibrosis were investigated in C3H/NeJ and C57BL/6J mice, respectively. Animals were irradiated with 20 Gy delivered to the upper region of the right lung as a single fraction or as 3 consecutive fractions using the Small Animal Radiation Research Platform. Cone beam computed tomography was performed for image guidance before irradiation and to monitor late toxicity. Histologic sections were examined for neutrophil and macrophage infiltration as markers of early inflammatory response and type I collagen staining as a marker of late-occurring fibrosis. Correlation was evaluated with the dose-volume histogram parameters calculated for individual mice and changes in the observed cone beam computed tomography values.

Mean lung dose and the volume receiving over 10 Gy (V10) showed significant correlation with late responses for single and fractionated exposures in directly targeted volumes. Responses observed outside the target volume were attributed to nontargeted effects and showed no dependence on either mean lung dose or V10.

Quantitative assessment of normal tissue response closely correlates early and late pulmonary response with clinical parameters, demonstrating this approach as a potential tool to facilitate clinical translation of preclinical studies. Out-of-field effects were observed but did not correlate with dosimetric parameters, suggesting that nontargeted effects may have a role in driving toxicities outside the treatment field.