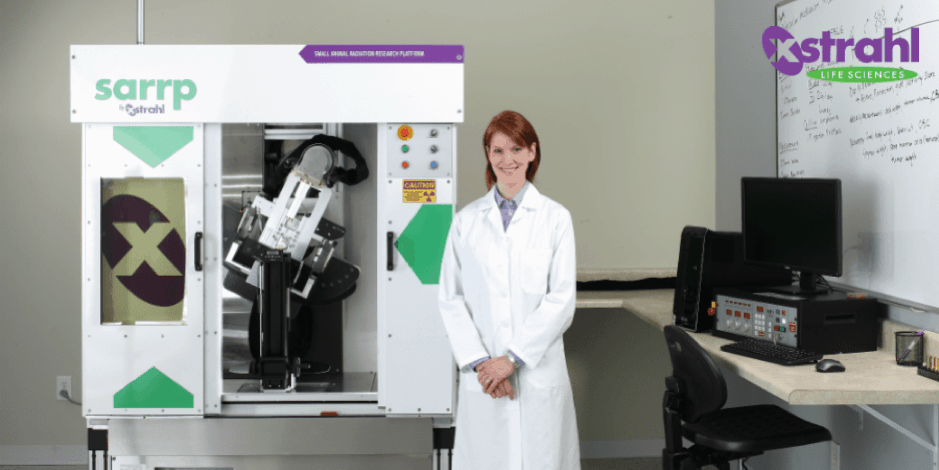 Scintillator dose response showed excellent linearity (R2  ≥ 0.999) for all sensitivity measurements, including output as a function of tube current. Detector sensitivity was 2.41 μC Gy-1 for the 220 kVp therapy beam, and it ranged from 1.21 to 1.32 μC Gy-1 for the 40-80 imaging beams. Percentage difference in sensitivity between the therapy and imaging beams before sensitivity correction and after using the Birks quenching factors were 52.3% and 10.2%, respectively. Percentage differences between the therapy and imaging beam sensitivities after using the air kerma calibration method for in-air measurements was excellent and below 0.3%. In-air beam profile measurements agreed to MC simulations within a mean difference of 2.4% for the 5 × 5 and 3 × 3 mm2 field sizes, however, the scintillator showed signs of volume averaging at the penumbra edges.

A small plastic scintillator was characterized for therapy and imaging energies of a small animal irradiator, with output corrected for using an in-house MC model of the irradiator. The characterization of the scintillator detector system for small fields presents steps toward implementing real-time measurements for quality assurance and small animal treatment and imaging dose verification.