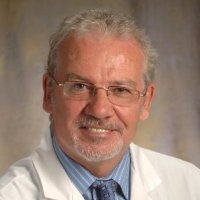 Radiation Biology focuses on translational research in the areas of new treatments, combined modalities, and stem cell biology. The group has a heavy emphasis on incorporating molecular, biological and functional imaging into the radiation treatment process. The facility installed its first SARRP in May 2011, starting with the Mach 1 unit and then upgrading to Mach 2 a few years later. George Wilson, PhD, the chief of Radiation Biology highlighted some areas of investigation that his researcher team has been able to explore using SARRP during a recent panel.

The Beaumont team have pioneered use of low-dose radiation as a potential treatment for Alzheimer’s disease. The SARRP played a crucial role in these pre-clinical studies by facilitating a hemi-brain irradiation technique such that one half of the same brain acted as a control for the irradiated side. They have shown a significant reduction in both amyloid-beta plaques and tau protein in the irradiated brain that led to an improvement in cognition in the mouse models. This data led to a Phase I feasibility trial of low-dose whole-brain radiation for Alzheimer’s disease that is now being replicated at Virginia Commonwealth University, University of Geneva, and also in South Korea. As Dr. Wilson stated, “it’s a very novel idea, and the beauty of the SARRP is being able to do these very distinct hemi-brain irradiations to see the effect directly.”

The Beaumont team has also studied pulse dose treatment of glioblastoma. This is work that Brian Marples started many years ago with Mike Joiner when they identified low-dose hyper-radiosensitivity, a phenomenon that occurs with doses below 0.2 Gy—at these low doses, there are more cells killed per unit dose. After many years of research, and many iterations of how to actually exploit this phenomenon, they came up with the idea of pulsing the radiation dose which worked successfully in animal models of glioma and was recently translated into a clinical trial of primary glioma in patients. As Dr. Wilson stated: “The results of that trial have just been quite phenomenal. The historical survival is about 14 months for these patients. And with the pulse treatment, that was increased to 21 months. And in fact, we also had improvements in some of the neurocognition and their quality-of-life questionnaires.”

Working in collaboration with the Urology department, the Beaumont team is looking at radiation cystitis and some of the genetics behind sensitivity to radiation. The SARRP became very important in this study because of its ability to deliver high doses of radiation in a very targeted way, avoiding all of the other abdominal organs, and just concentrating that dose on the bladder. Dr. Wilson explained: “Ultimately this model has been designed to try and then look at the effect of agents which can ameliorate the radiation effect. Many prostate cancer patients do suffer from radiation cystitis. So again, the translational aspect of this will be testing novel compounds in the mouse model, where we can reproducibly deliver radiation to cause radiation cystitis.”

Recently, the Beaumont researchers have published a couple of papers on a study that involves doing multiple PET scans using FDG in patients who are getting conventional chemoradiation treatment for head and neck cancer. They have been able to show that the change in the FDG uptake over time is actually a good measure of the response to radiation. Now they are trying to model that in their mouse systems, using the SAARP in conjunction with a micro-PET/CT, to deliver increased or decreased doses of radiation to specific areas of the tumor depending on the dynamic change of the PET signal.

You can watch the full SARRP panel below, with Dr. Wilson’s presentation beginning at 37:45.