Radiotherapy of Skin Cancer in Patient with PTEN Mutation

Recently, a 78-year-old patient with a PTEN variant and symptomatic skin lesions on his scalp and nasal ala was treated with definitive radiotherapy (definitive meaning primary treatment, as opposed to post-surgically).

The nasal ala before and 6 months post-RT.

The nasal ala was treated with superficial radiotherapy to a total dose of 50 Gy in 25 fractions given at 5 fractions per week with 100 kV using the Xstrahl 300 system. The scalp was treated with a field-based volumetric modulated arc therapy technique to a planning target volume (PTV) of 74.8cm3 to 45 Gy with a simultaneous integrated boost PTV to 55 Gy of 4.1 cm3 to the BCC, all in 25 fractions.

The patient did experience expected desquamation and erythema in both areas during treatment, as well as mucositis within the nasal field. After around 6 months, the areas treated with radiotherapy remained clear of symptomatic hamartomatous skin change with no late toxicities.

This is the longest benefit received of any treatment for fields of symptomatic hamartomatous skin change associated with PTEN mutation, as far as the clinicians are aware. This case adds evidence that definitive radiotherapy treatment can be delivered safely to those with PTEN mutation without increased acute toxicity. More studies are needed with more patients and longer follow up in order to make further conclusions.

END_OF_DOCUMENT_TOKEN_TO_BE_REPLACED 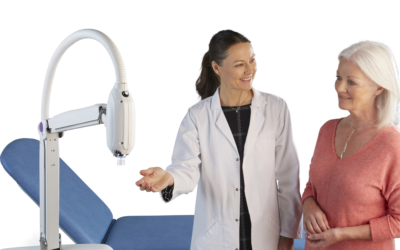 END_OF_DOCUMENT_TOKEN_TO_BE_REPLACED
This site uses cookies and allows you to submit personal details. By continuing to browse the site, you are agreeing to our use of cookies. I acceptPrivacy policy