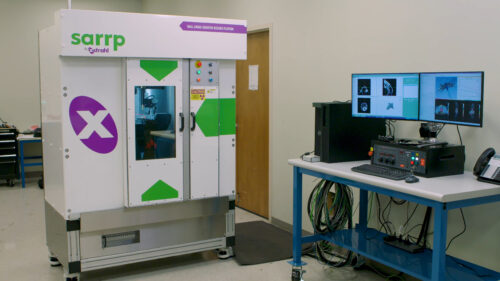 Xstrahl recently installed its 100th 3D cabinet irradiator at Duke University, the latest institution to use SARRP for translational radiation research. To mark this important milestone, we wanted to spotlight Duke’s research interests along with highlights from a few of the hundreds of other projects that have been performed using Xstrahl’s 3D equipment.

One of the first groups to use an Xstrahl 3D image-guided irradiator was the University of Pennsylvania (Penn), which began using a SARRP system for preclinical radiation research more than 10 years ago. In its long history with SARRP, Penn has produced more than 50 publications that reference the SARRP (in journals such as Nature, Science Translational Medicine, JCI, etc.), and initiated five clinical trials on research based on the SARRP (4 in humans, 1 in canines). Forty-five Principle Investigators from seven departments at Penn use the SARRP system, along with three researchers from outside Penn. Penn has been awarded 11 NIH grants (two P01s, seven R01s, and two R21s) as well as a Foundation grant from the Mark Foundation with total funding direct costs over $22 million over this 11-year history. Penn now also has a second SARRP from a Foundation grant.

Dr. Chang-Lung Lee, from Duke University, whose lab recently acquired SARRP to support pelvic radiation studies, explained how he is collaborating closely with a gastroenterologist at Duke to examine mouse models of rectal cancers. Dr. Lee’s research focuses on the molecular mechanism of radiation proctitis, with the goal of developing novel radio protectors to eliminate radiation proctitis in patients. He explained how he and his colleague can use the same radiation treatment protocol to study both normal tissue response and the rectal cancer response to radiation. Dr. Lee said that SARRP’s CT imaging system will allow him to better identify the rectal tumor in the mouse model, so that he can deliver more precise treatment in his investigation.

Beyond cancer studies, Xstrahl’s 3D irradiators have also helped with Alzheimer’s research. At William Beaumont Hospital, researchers pioneered the use of low-dose radiation as a potential treatment for Alzheimer’s disease. They used SARRP to facilitate a hemi-brain irradiation technique such that one half of the same brain acted as a control for the irradiated side. The research showed a significant reduction in both amyloid-beta plaques and tau protein in the irradiated brain that led to an improvement in cognition in the mouse models. This data led to a Phase I feasibility trial of low-dose whole-brain radiation for Alzheimer’s disease that is now being replicated at Virginia Commonwealth University, University of Geneva, and in South Korea. George Wilson, PhD, chief of Radiation Biology at Beaumont commented, “it’s a very novel idea, and the beauty of SARRP is being able to do these very distinct hemi-brain irradiations to see the effect directly.”

Xstrahl’s 3D irradiator has also played a role in innovative stem cell biology research at the Albert Einstein College of Medicine’s Institute for Onco-Physics. The institute was one of the initial contributors in the field of regenerative medicine. Using SARRP, researchers from Einstein were the first to show that parenchymal cells, such as liver stem cells or adult hepatocytes, as well as endothelial cells can engraft and repopulate in an irradiated organ. By applying focal radiation using SARRP, then doing sophisticated experiments for cell therapy, this group of researchers was able to discover alternatives to orthotopic organ transplant.

At the Patrick G. Johnston Centre for Cancer Research at Queen’s University, Belfast, UK, SARRP has been used in the advanced radiotherapy research program in three areas of studies: drug RT combination therapies, radiotherapy technologies and imaging, and clinical trial modelling. Dr. Karl Butterworth of Queen’s Belfast explained: “SARRP has really made a significant impact in our lab. The ability to accurately target small volumes with image guidance hasn’t been possible before and we are now constantly evolving our approaches to leverage the technology to its maximum potential. Clearly our ability to deliver clinically relevant radiotherapy treatments in preclinical models has taken a major step forward.” Concerning future opportunities for SARRP, Dr. Butterworth said that he and his team are looking to establish a robust Phase 0 testing platform for novel drug-RT combinations and investigate novel radiobiological paradigms based on real world data and clinical trial outcomes to deliver innovative radiotherapy treatments. 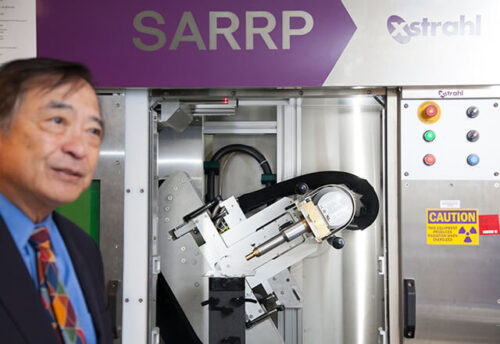 Last but certainly not least, we would be remiss to talk about the advancement of radiation research using 3D irradiators without mentioning our ongoing collaboration Johns Hopkins University (JHU). JHU pioneered 3D irradiation with the invention of SARRP and is working closely with Xstrahl today on a new SARRP-FLASH system. Excitement is already building about the possibilities that future research holds. Drs. John Wong and Mohammad Rezaee, from JHU presented preliminary research about SARRP-FLASH at this year’s annual meeting of the Radiation Research Society and the American Society for Radiation Oncology (ASTRO) in October 2021. They showed clear evidence of the FLASH-RT effect in the initial animal model.
Dr. Lee, the researcher we spoke with at Duke, said he thinks that investigators will be very interested in the new technology to better understand the biology. “If you have a robust FLASH-RT model that works to irradiate tumors very precisely, I think that’s huge,” Lee explained. “I think that will open a lot of the directions and collaborations in the future,” he added.

***
To learn more about these and other studies using SARRP or XenX, please visit the Xstrahl Resource Library online.